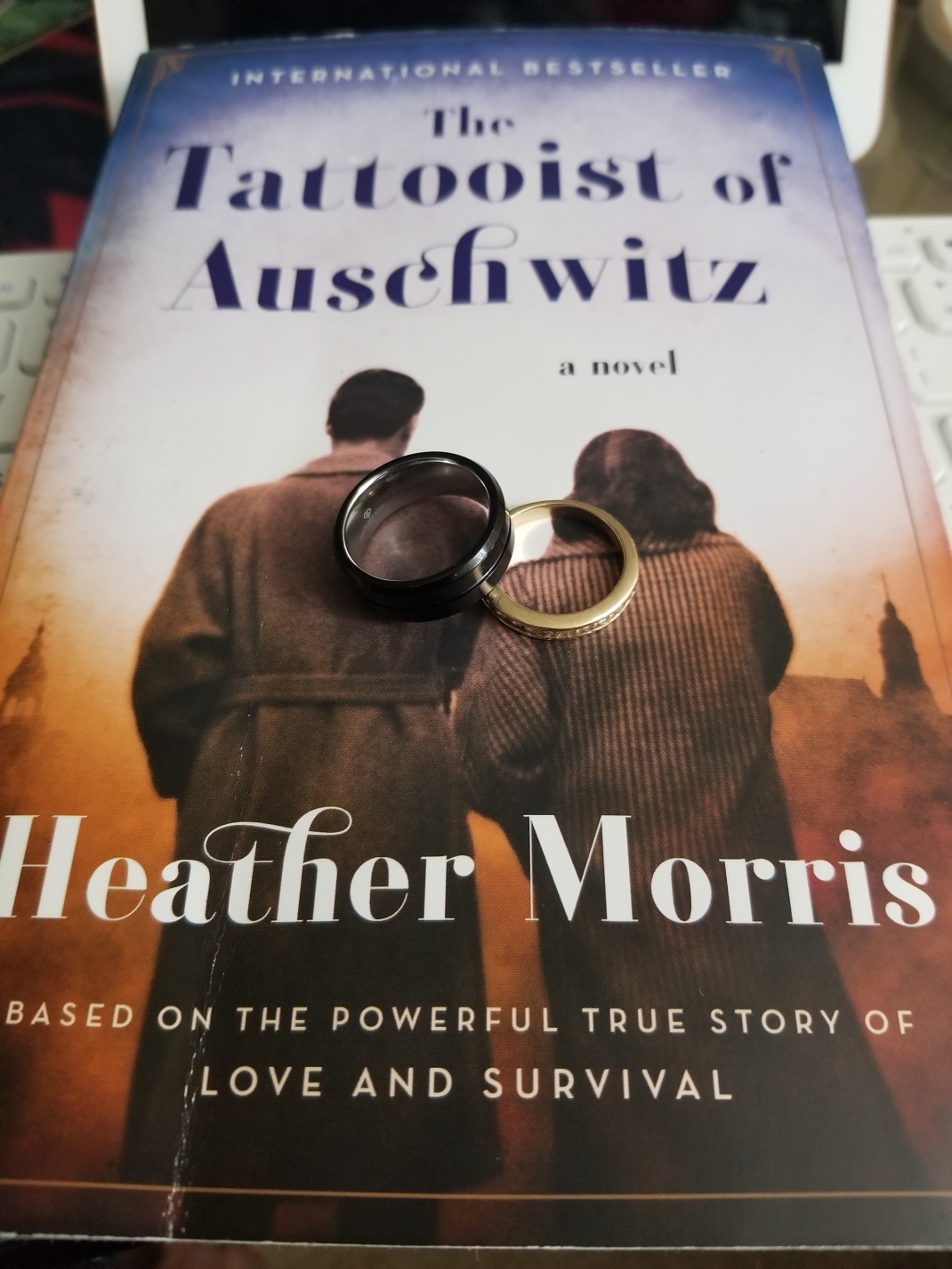 The Tattooist of Auschwitz by Heather Morris (Pre-Ordered on Amazon)

Wine Pairing: Skip the wine and go straight for the bourbon

Summary: Lale voluntarily travels to Birkenau with the promise that it will save the rest of his family. He arrives and quickly contracts typhus, but thanks to the watchful eye of Pepan, the Tatowierer (German for tattooist) Lale becomes his apprentice.

Although Lale loves all women, he tattoos a woman whom capitvates him immediately. This woman is named Gita, or prisoner 34902. It is with their love that Lale and Gita fight through the terrible conditions of Auschwitz-Birkenau. In addition to the love they have for one another, Lale also has the unique ability of being (1) very valuable as the Tatowierer and (2) very valuable as multilingual. He uses his smarts to help him survive day after day.

What I Loved This was based on a true story, and yet it was such a light read considering. Lale is such a brilliant man, and he knows how to use people in ways that ensure he survives. He also looks out for the best interests of Gita and tries to keep her safe as well. Although Gita is far more guarded than Lale, I feel like they are a perfect compliment of a couple. Also, for once I didn’t look into the spoilers to see how this book ended, so I was legitimately surprised as events were unfolding.

What I Disliked As weird as it may sound, I didn’t like how light of a read this was. I totally powered through the book and the most difficult parts were those that mentioned Mengele. It was absolutely shocking to me that a story that takes place entirely in Auschwitz-Birkenau would be so light hearted. Don’t get me wrong, there were some very real things speckled in, but it was very minimal in comparison to other books.

Who Should Read It I think this is a great story for anybody. I would recommend it more heavily towards those who have read a few WWII era novels in their day. I found that the knowledge I had floating around in the back of my head popped up when I needed it, and I think that was good. As I mentioned, it was a very light hearted version of events, and as such having an understanding of the references was helpful.

Grit: The Power of Passion and Perseverance by Angela Duckworth (Audible Audio)

Summary: Most people prefer the ability of somebody to work hard despite fighting the odds over innate intelligence or talent. It is great if you have both, but it is not necessary.

What I Loved As a PhD student who had to fight to get to graduate school, this book speaks to me on a deep level. I have always thought that being able to work hard is a skill, but let me tell you, the amount of times people tell you that is very minimal. So, hearing the perspective based on someone’s career and actual research was wonderful. Additionally, this book is read by the author, which means that all of the tones and feelings are still true in the audiobook as the author intended. Always a plus.

What I Disliked It’s non-fiction, and it’s about as boring as your average non-fiction. I enjoy listening to non-fiction books, particularly those that make me a better person. I started this book on a morning that I had a long to-do list head of me and I really needed it. It was legitimately wonderful to have, but every time I stopped listening (except when I was in the car) was because I realized that I zoned out.

Who Should Read It Okay, I’m going to be perfectly honest here. My husband loved Outliers and I hated it. I loved Grit and my husband will hate it. What I’m trying to say is, as much as I wish this was a book for everybody, it definitely is not.