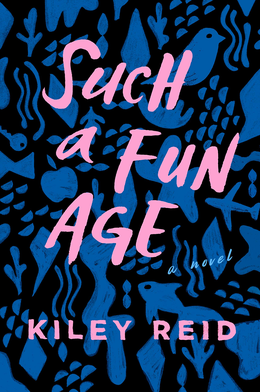 Such a Fun Age by Kiley Reid

Read on my Kindle

Recommended read for anybody interested by the book description

I really enjoyed this book, I had already been on hold for it at the library when it appeared on multiple book lists as a good read, so naturally I started it right away once I could. I had absolutely no desire to ever put this book down, but alas real life called. The writing style was slow-paced in the details in such a way that each of the characters were brought completely to life. Yet, it was fast enough that the major events in the book were one right after another and I constantly wanted to know the “what next”. I felt like the ending was done really well; the time skip brought closure in a way most books don’t offer. Normally I like that; there’s that feeling of the characters living on and being real people with real lives. However, it was just perfect for this book. I still feel like the characters are real people in Pennsylvania walking down the street.

Each of the characters served a specific purpose for the story line and I really appreciated that. I can honestly say that I have truly never hated a character in a book as much as I hated Alix. I think the Disney villains are more likable. This is no exaggeration. She was a stuck up, rich white woman who had no idea how privileged she was. Even her best friends didn’t keep her grounded (in fact, I thought they encouraged her deplorable behavior). She was an inattentive mother, she wasn’t focused on her work, she may as well have just accepted that she had an M.R.S. that she was absolutely terrible at. The other piece that truly bothered me was that she changed her name from Alex to Alix (A-leeks) to escape her past, but in my opinion that’s just a cry for attention.

I felt like the book was really brought together by two key details: Emira and Kelley’s breakup and Alix’s flashback. At first, the breakup bothered me. And then the more I thought about it (and read on), the more I realized that there was no growth in that relationship. Under a realistic setting, there was absolutely no reason they should have been together. If they were real people, a breakup was necessary. Alix’s flashback still upsets me. She admitted that she learned the truth about what happened to the letters back in high school, and yet she continued to hold the grudge and lie because it was more convenient for her. It just painted her as an even more corrupt woman. I wish we had conversations about the Alix’s and Kelley’s of the world, because they are everywhere and they are toxic.